Earlier this month, New York Attorney General, Letitia James, opened an investigation into Facebook’s unauthorized collection of 1.5 million users’ email contacts. According to James, “Facebook has repeatedly demonstrated a lack of respect for consumers’ information while at the same time profiting from mining that data.” Recently, it was revealed that Facebook had saved millions of user passwords in plain text, which was searchable by employees at the company. So, we decided to ask our users to answer YES or NO to this one simple question: “Do you trust Facebook with your data?” A total of 10,361 answered the survey question and the survey ran from April 18 through April 25, 2019.

Here’s what we found:

We also took a look at the results broken down by companies with at least 100 employee responses. Here’s what we found: 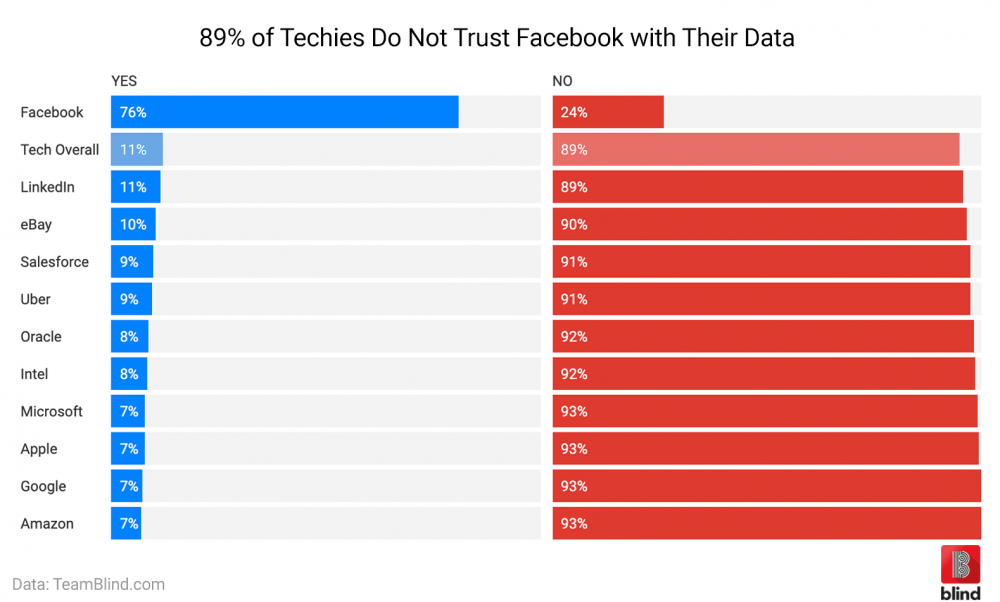