While over 80% of the Qualcomm and Spotify employees believe Apple is a monopoly.

iPhone consumers upset with the closed app store system filed a lawsuit against Apple, claiming that the tech giant is a monopoly. Because they can only purchase apps directly from Apple, this behavior was seen as unjust and monopolistic. Consumers also stated that the company’s restrictions on what apps get approved is too high and are also increasing the price of apps with their 30% commission. Apple on the other hand claims that the app store is safer than other platforms that distribute apps.

The Supreme Court sided with iphone consumers to proceed with a lawsuit against Apple on Monday, May 13, 2019. We wanted to ask verified employees working at Apple and others in the tech industry what they thought about this lawsuit.

We asked our users to answer the question: Is Apple creating a monopoly by only allowing consumers to purchase apps from their App Store? They could answer with three options: “Yes,” “No,” and “I don’t know”. The Survey ran from May 14 – May 20 and was answered by 10,040 users of the Blind app. Users could only answer once. 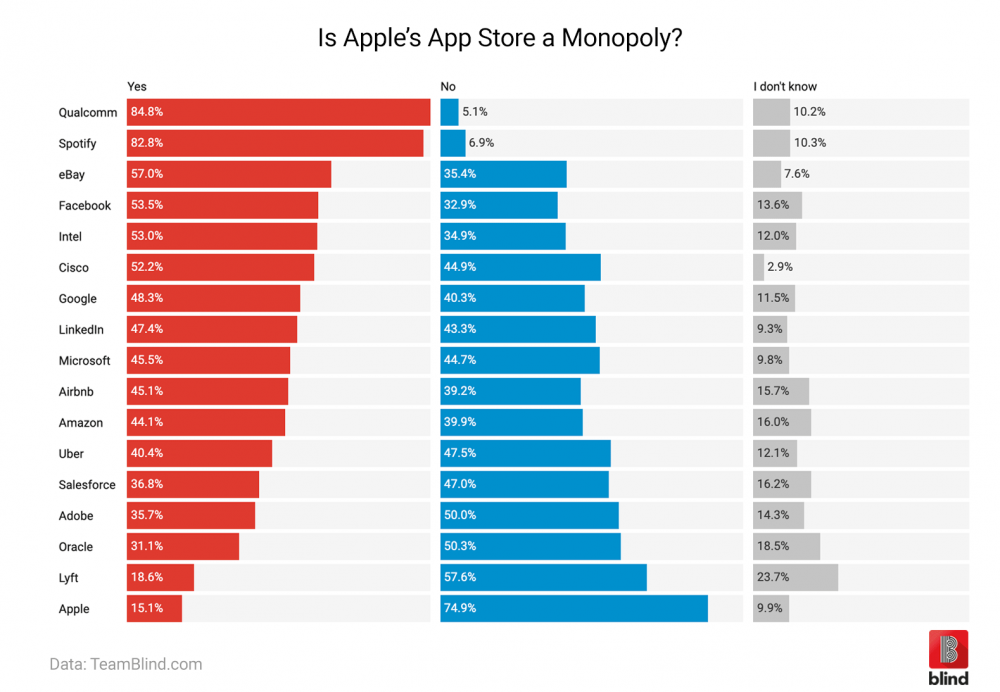