The number gets higher for those in the Hardware and Semiconductor industry.

The tension between the US and China escalated after the Trump administration blacklisted the Chinese telecommunications company, Huawei, last month. Since the ban, US Tech giants such as  Google, Microsoft and Facebook have publicly stated they would limit their exchange with Huawei.

With the G20 in Osaka around the corner, there is a heightened interest in the Trade War and its negative impact on various industries. We wanted to ask employees working in the US how this battle between the East and West would specifically impact Chinese affiliates.

From 5/29/2019 to 6/3/2019, workplace community app Blind ran a survey to its users to find out the sentiment about the US-China Trade War’s impact on Chinese affiliates working in the United States.

Q1. Do you predict there will be negative consequences to those who are affiliated as Chinese with the growing tension between the US-China trade war?

Q2. Are you a Chinese descent?

With more than 6,000 responses, we were able to compare the sentiments across different industries and companies, and break down the results by whether these employees are of Chinese descent or not. 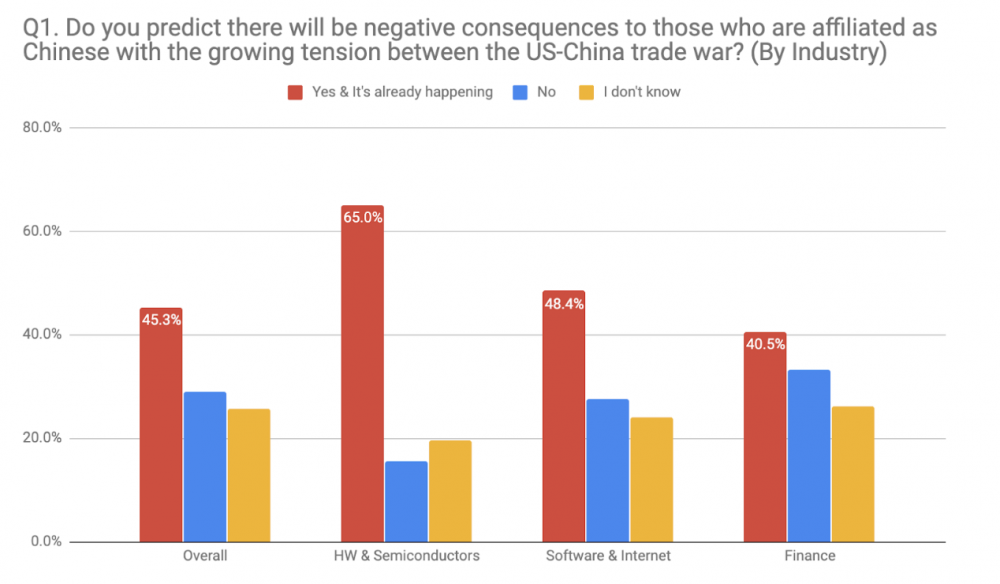 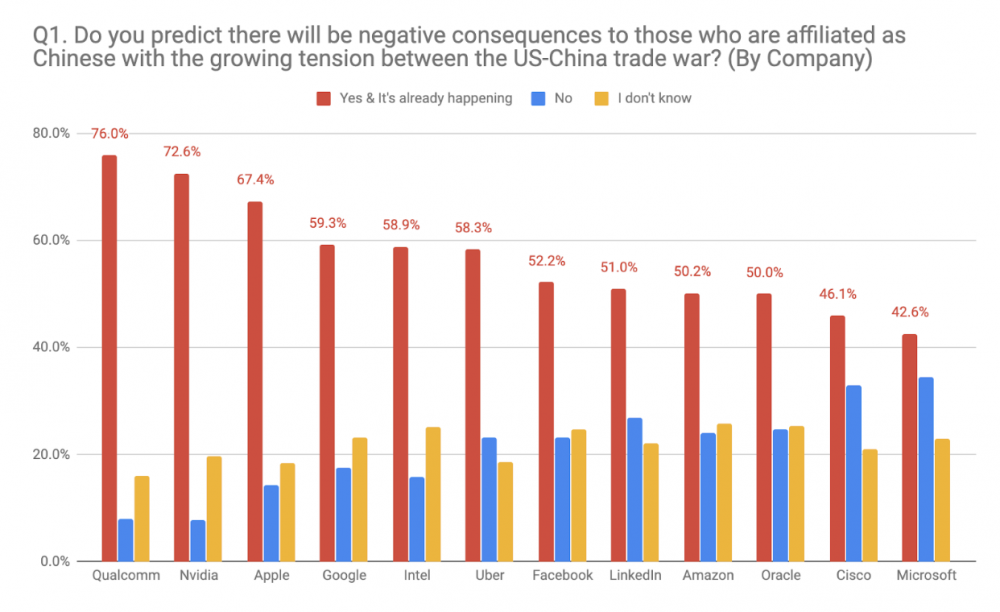 We also asked our users “Are you of Chinese descent?” to see if their ethic background would have an affect on their relationship with this issue. 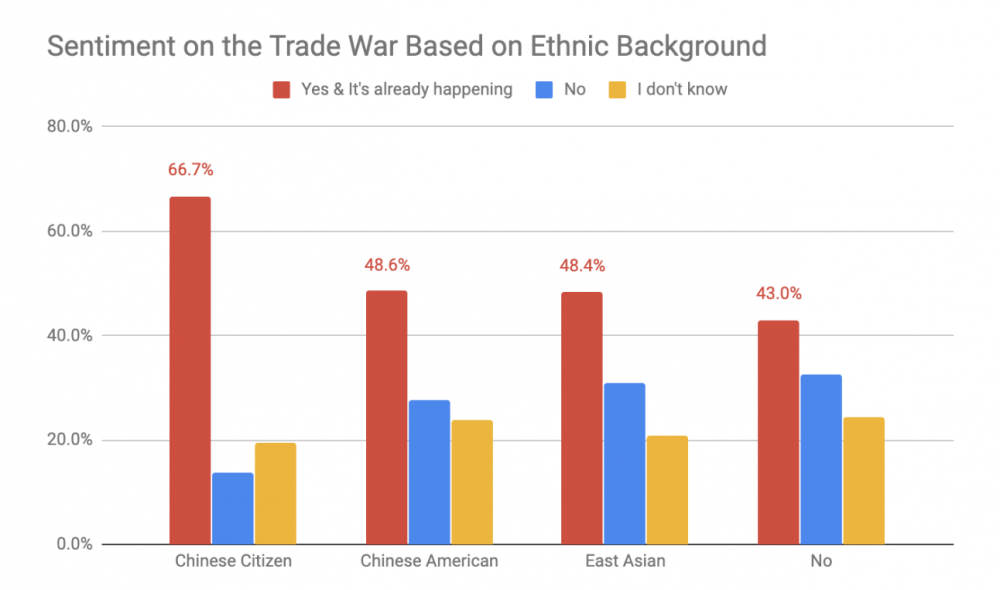 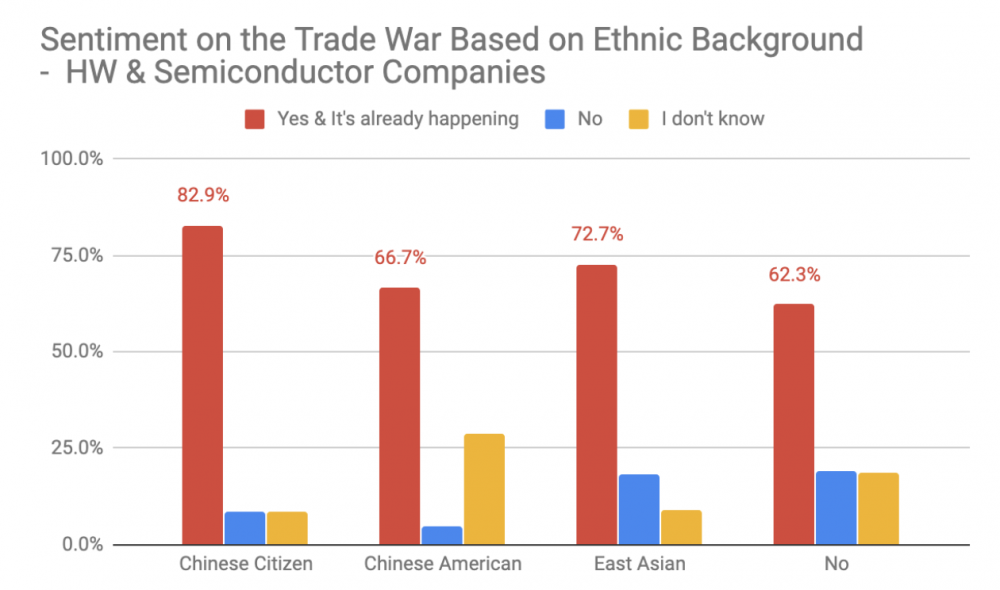 The issue of US-China Trade War is already a very hot topic on Blind. Employees in the tech industry discussing how their work-lives are affected by the issue continues to surface on Blind.