A recent Blind survey revealed that over 16% of those who identify as LGBTQ+ stated that their workplace is not a safe space. So we wanted to ask a similar question to find out if they have experienced discrimination towards LGBTQ+ individuals at these large tech companies.

From 6/11/2019 to 6/18/2019, workplace community app Blind ran a survey to its users to find out the sentiment around the LGBTQ+ inclusivity at US tech companies.

Q1. Have you experienced or witnessed any LGBTQ+ harassment or homophobic comments made? Yes/ No 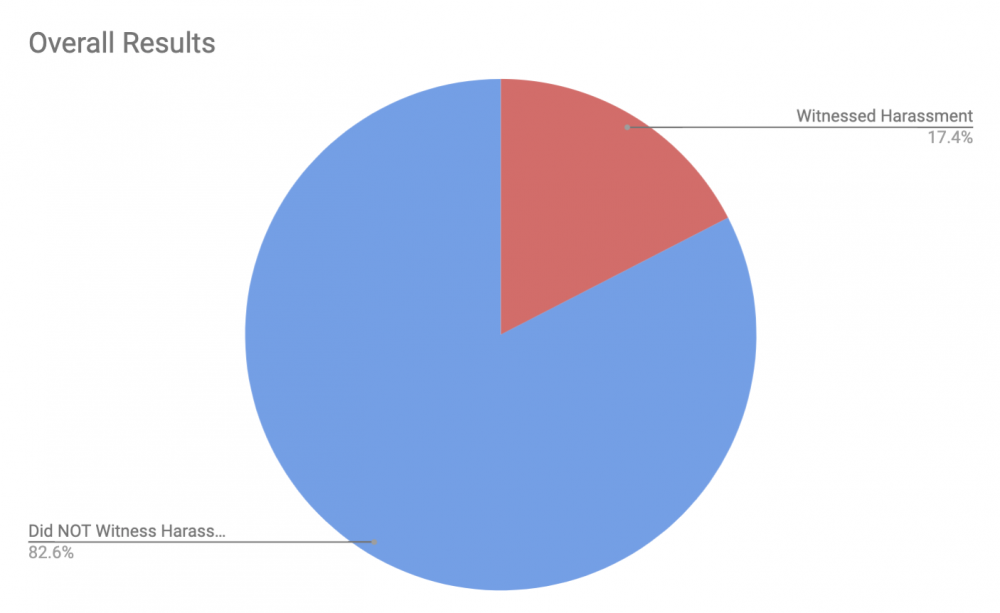 Results broken down by  gender/ sexuality:

Results broken down by Company 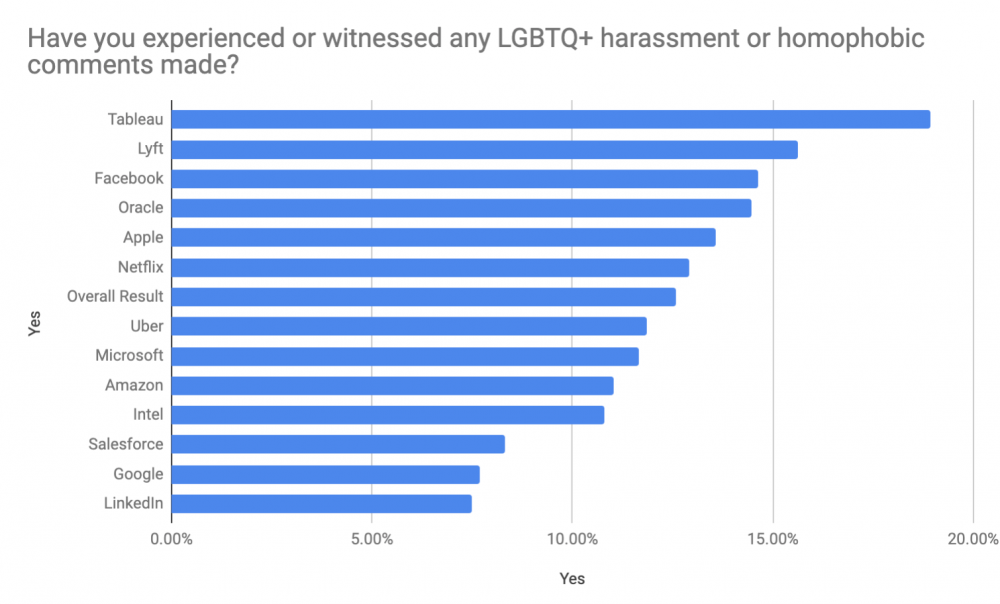