Over 50% of Apple employees believe there will be no change.

Apple’s chief design officer, Jony Ive announced that he was leaving Apple to start his own design firm, Lovefirm. Ive had been with Apple Inc. since 1998, so this news shocked the tech industry and Apple fans around the world. Meanwhile, Tim Cook responded to the reports as ‘absurd,’ after rumors stated the Ive’s departure was caused by frustration between the two leaders.

We wanted to ask verified Apple employees what they really think about Ive’s departure and how impactful they think it would be for their company. We also surveyed the tech community on this issue. 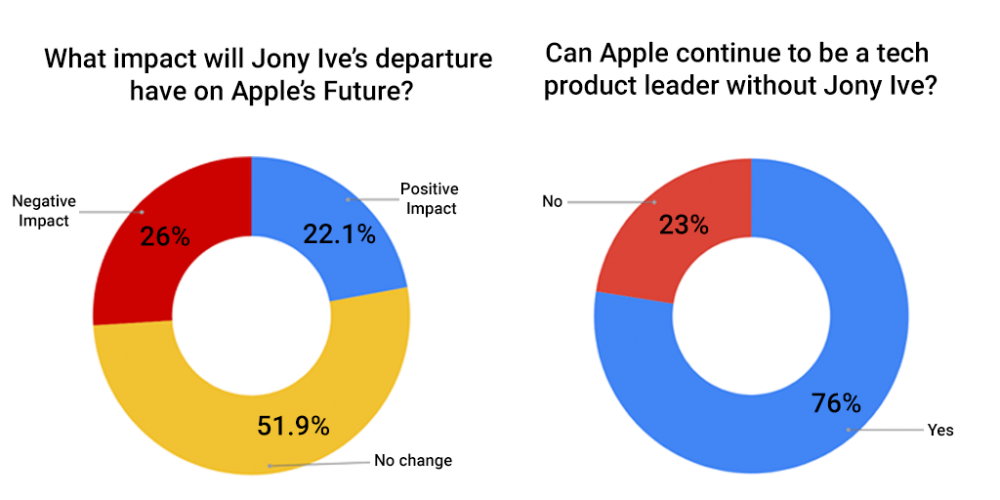 From 7/1/2019 to 7/2/2019, workplace community app Blind ran a survey to its users to find out the sentiment about the Sir Jony Ive’s departure from Apple.

Q2: How important was Jony Ive to Apple’s success? [Important/ Neutral/ Not important]

Q3: Can Apple continue to be a tech product design leader without Jony Ive? [Yes/ No]