As e-commerce giants Amazon, Walmart, and eBay prepare for their respective shopping blowouts, Blind users compete to win bragging rights and rewards of their own. Let’s get into the story.

Amazon created Prime Day in 2015 to leverage their brand to create their own holiday shopping event independent from Cyber Monday and Black Friday. Since then Prime Day sales have exploded into neck and neck competition with the collective rest of e-commerce sales on Cyber Monday.

Despite their impressive growth numbers, Amazon’s journey to the top has not been without incident. Last year’s prime day was marred with a crash that left users staring at dog photos instead of bargain hunting. Not one to miss an opportunity, eBay named their shopping holiday this year a “Crash Sale”.

In solidarity with the competitive spirit of the upcoming marketing holidays, we hosted a competition between 4000 Blind users. We asked one simple question:

The users who guess correctly enter a drawing to win an Amazon gift card. While we won’t know until July 16, 2019, whether Amazon’s servers will survive the well-intentioned yet smothering traffic of their users, we can still dig into the contest breakdown.

Here’s what we know:

Time will tell which of our users takes home the Amazon gift card. Follow us on Twitter to be in the know. We’re sure to have some interesting surveys, contests, and workplace chatter waiting for you. 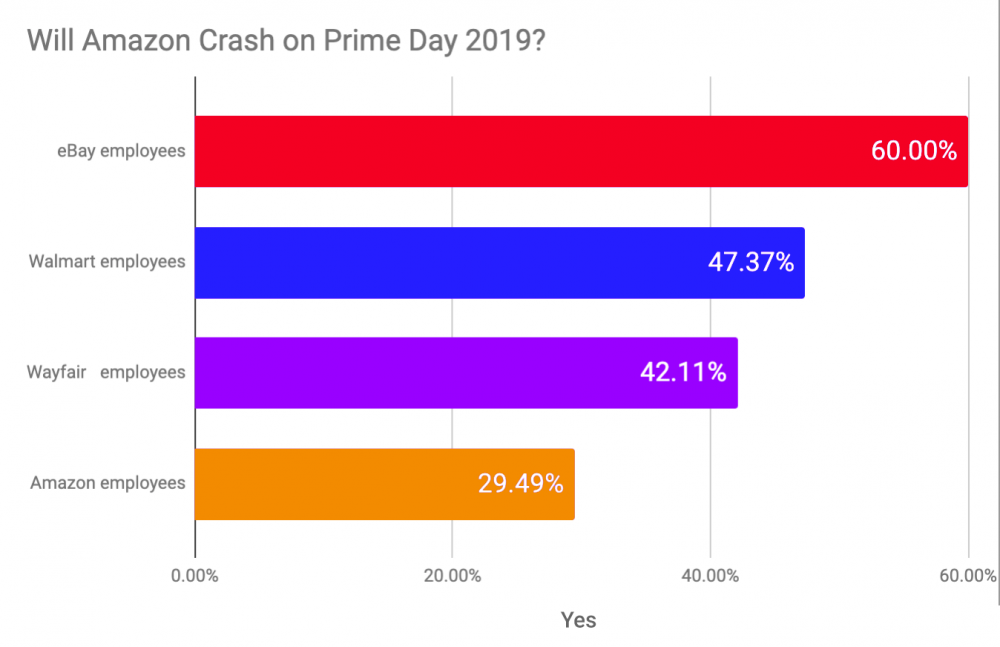