Over 57% of Amazon Distribution Center workers want to form a union.

The New York Times report underscores the rise of activism in the tech industry. For example, the Google walkout was one of the most noticeable events in tech, where over 20,000 Google employees participated in an organized activity that led to actual policy changes. However, the NYT piece also illustrates the general skepticism from tech employees, in going as far as unionizing when demanding for change, mainly due to their self-perception as a ‘white collar’.

Amazon sits in an interesting place, being one of the largest employers of white collar jobs as well as employing hundreds of thousands working in fulfillment centers. Recently, with Amazon Prime Day approaching, fulfillment center workers in Minnesota have formed a protest for a decreased workload and a safer work environment.

What is the state of the tech companies’ sentiment towards unions? How does that differ within companies like Amazon between tech workers and workers in retail stores/distribution centers?

We decided to anonymously survey our tech users to find out. 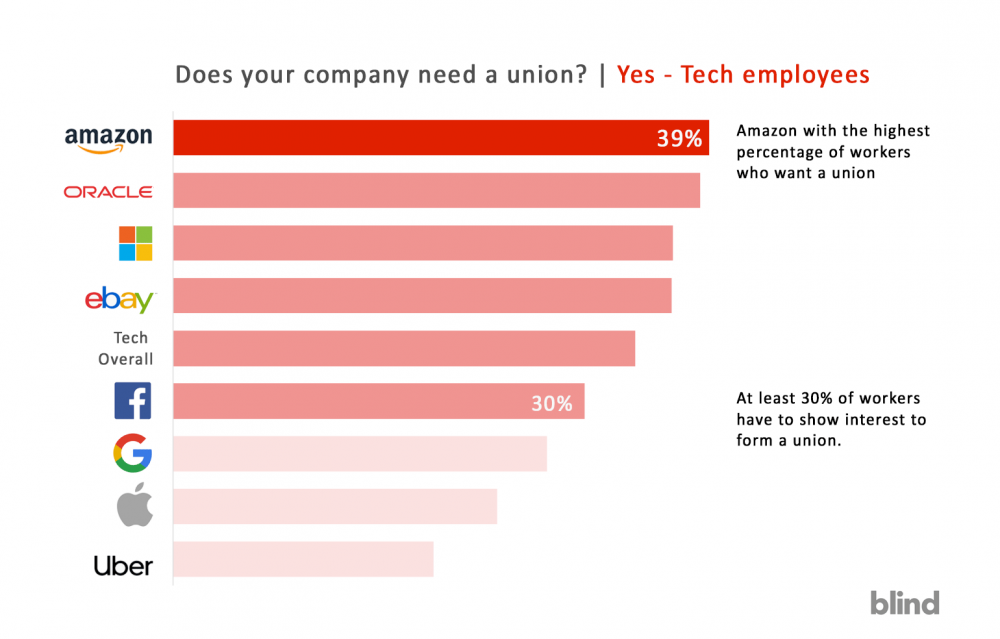 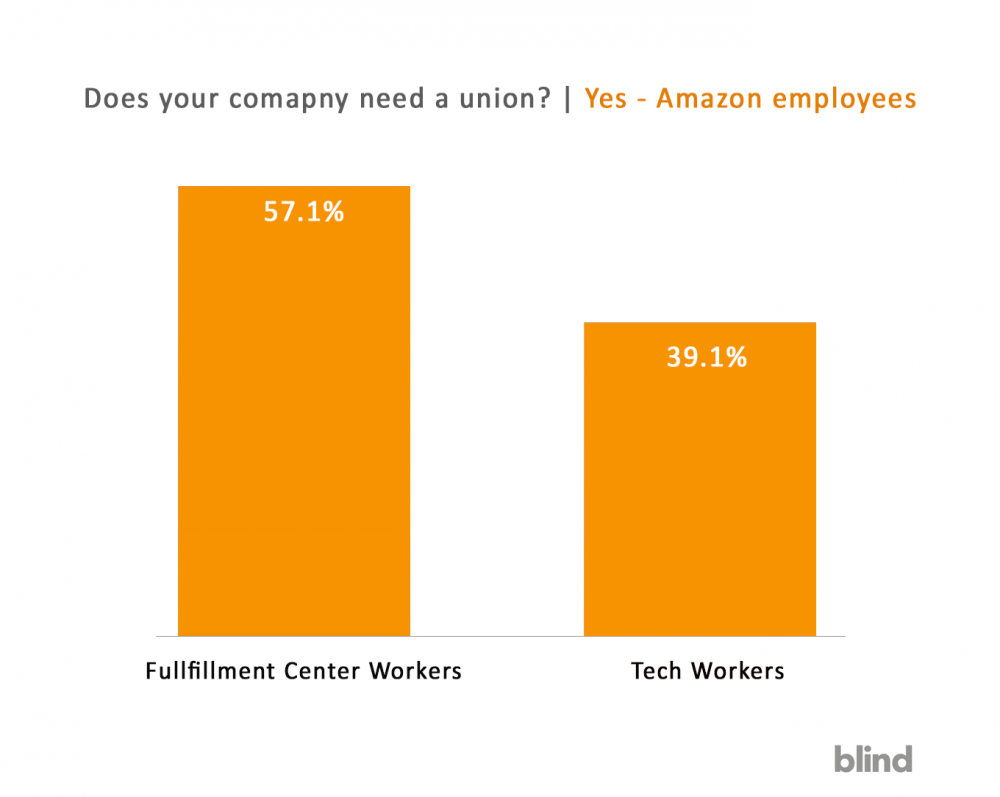 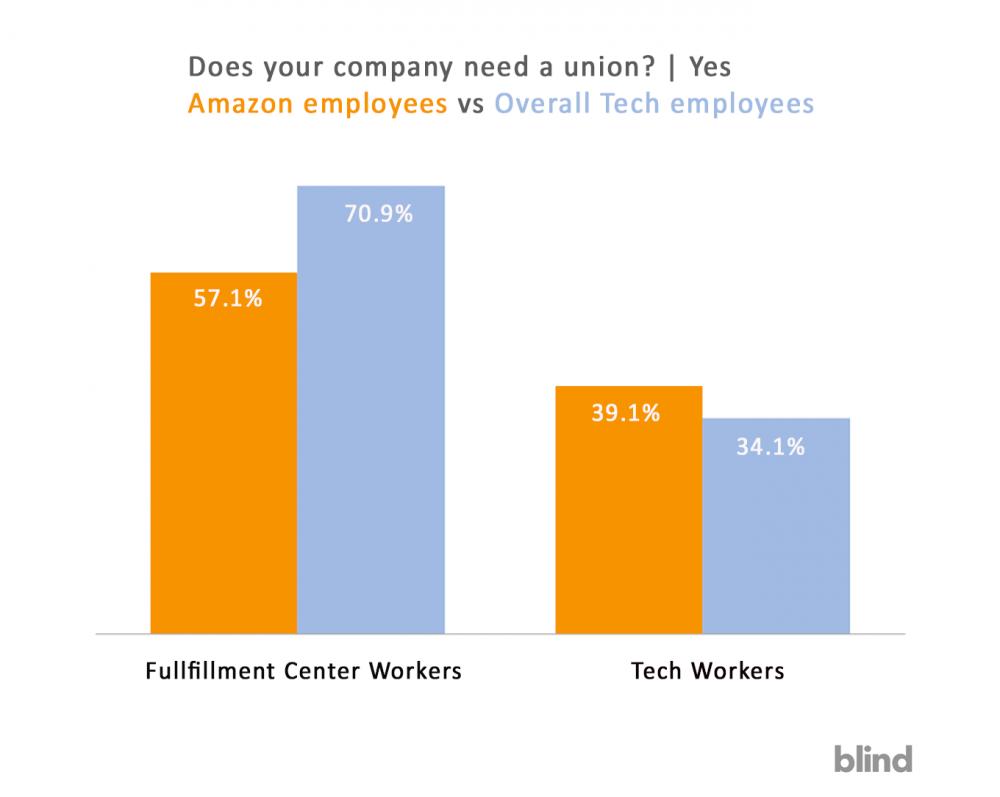 Q1: Does your company need a union?

Q2: Do you work in the retail stores/ distribution centers?

Participants could answer with Yes’ or ‘No’ and a total of 2,985 users answered the survey.

So, what do you think about the results? Tweet at us @teamblindapp and let us know!