Andrew Yang consistently states that his “friends in Silicon Valley” support UBI. Our data shows this is not true for the majority of tech workers. 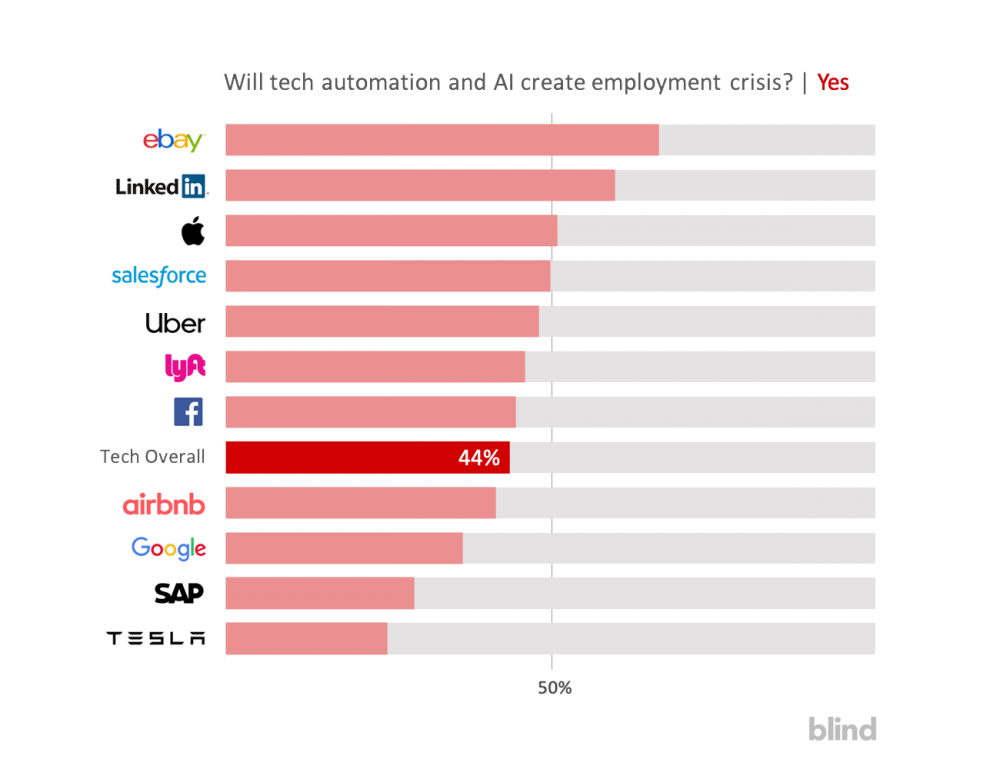 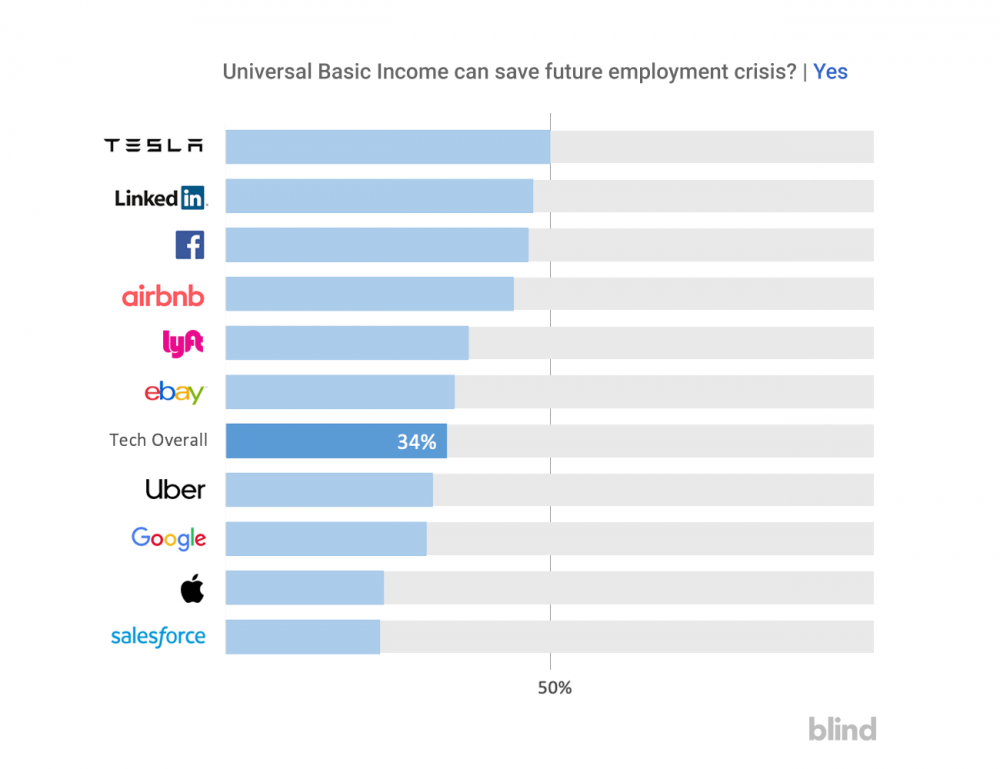 Q1. Will tech automation and AI cause an employment crisis?

Q2. Can Universal Basic Income save the country from job loss due to tech automation and AI?

Conversations on Blind about Andrew Yang:

“He’s the only candidate who provides actual solutions and not the “same ole BS.” He won’t win, but I hope the other Dems adopt some of his policies.” – LinkedIn employee

“His venture for [America] was a complete failure and his policies are literally the most simple thing you can do to destroy and bankrupt the economy.” – Twitter employee

“He is smart enough to cause tremendous damage to the tech industry of United States. Other countries like China and India wouldn’t wait for us on the road to the 4th industrial revolution. God bless America!” – Microsoft employee