Over 90% of Google Conservatives believe their company does not welcome diverse political opinions- same for Microsoft and Uber employees.

Earlier this month, Buzzfeed News reported on the issue of political monoculture in Silicon Valley tech companies. It revealed that employees at Google and Facebook, who identify as conservatives, feel like their non-liberal beliefs are often shunned.

Perhaps this is why our users are turning to Blind for political discussions with their peers. Whether they lean liberal or conservative, it seems like an anonymous platform gives them a safer space to talk about politics. Especially with the US presidential election coming up in 2020, we have seen an increase in discussions about politics on Blind. We see conversations that professionals would usually avoid bringing up in the workplace. For example, users want to have civilized conversations about why some voted for Trump, why some voted for Obama twice, and silencing of Conservatives in the Bay Area.

We see time and time again that anonymity brings out discussions that cannot happen otherwise in a workplace environment.

So do you believe that diverse political opinions are accepted in your workplace? Let us know on Twitter @teamblindapp 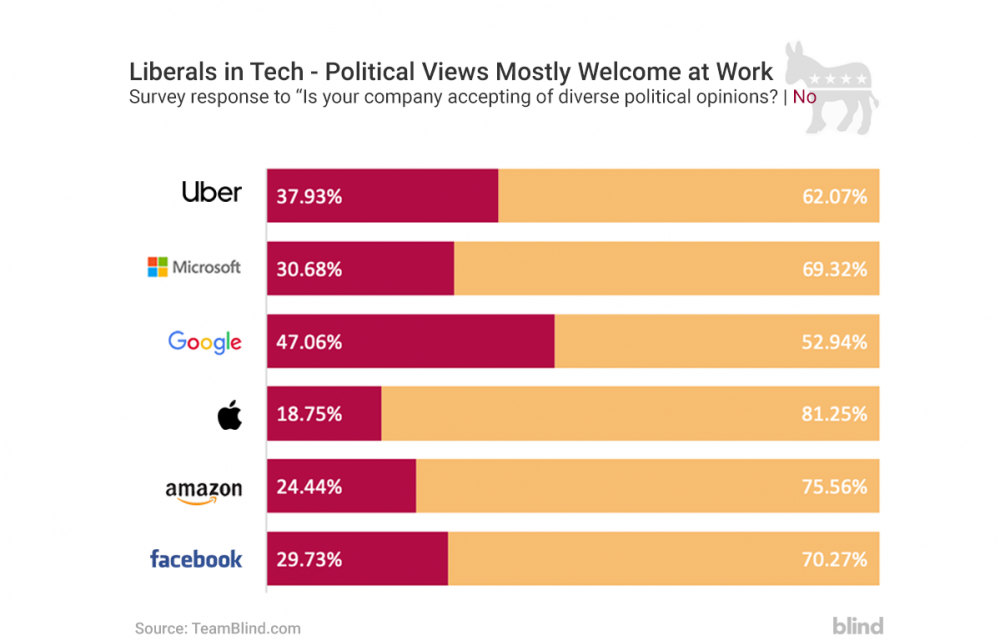 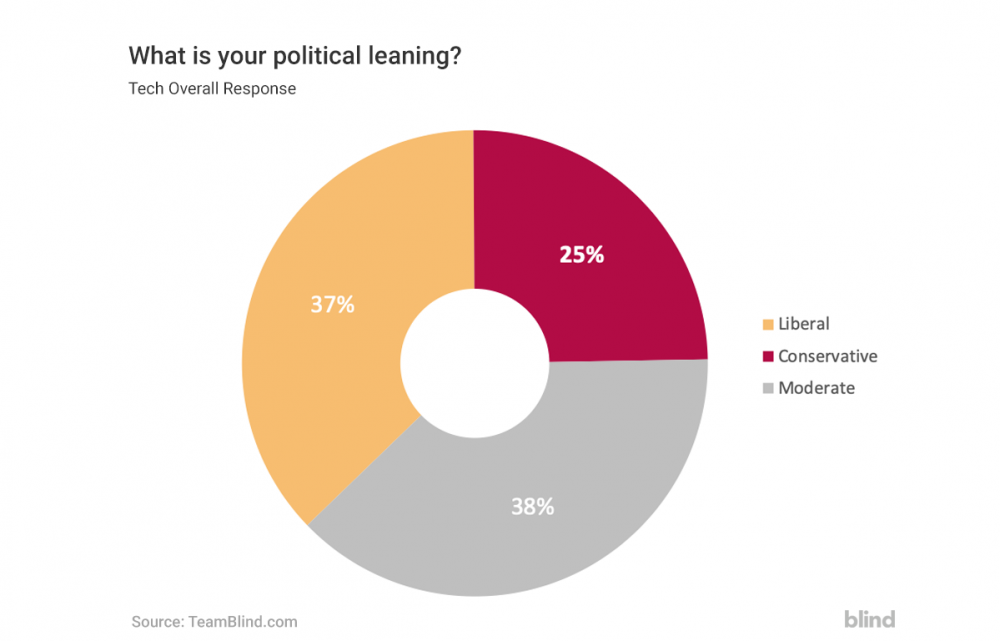 More information about the Blind Survey:

Users were asked the following questions:

Q1. Is your company accepting of diverse political opinions?  [Yes/ No]

Q2. What is your political leaning? [Liberal/ Conservative/ Moderate]

Blind is a trusted community where verified professionals connect and discuss what matters most to them. Our mission is to bring transparency to the workplace and help companies and professionals everywhere become better. Our user base includes over 56,000 at Microsoft, 44,000 at Amazon, 17,000 at Google, 14,000 at Facebook are on Blind, 13,000 from Uber, 11,000 from Apple, just to name a few. With such a large user base of tech professionals, it makes it easy to quickly survey these employees about important and popular topics, such as LGBTQ acceptance in the workplace, Unionization in tech and on threats that Chinese tech professionals working in the US face due to the US-China Trade war.