Over 90% of Symantec, Intel and Oracle employees see cost-cutting at work.

Last week, Uber announced that it will save $200K per year replacing helium balloons with stickers to celebrate work anniversaries for employees. The company’s attempts to cost operation cuts come after laying off 400 Marketing employees in July. Cisco also announced axing of 500+ employees last week and more public companies are looking out for early signs of a recession.

Uber and Cisco, the two companies that publicly announced layoffs had over 80% of employees stating that they noticed cost-cutting at their workplace. 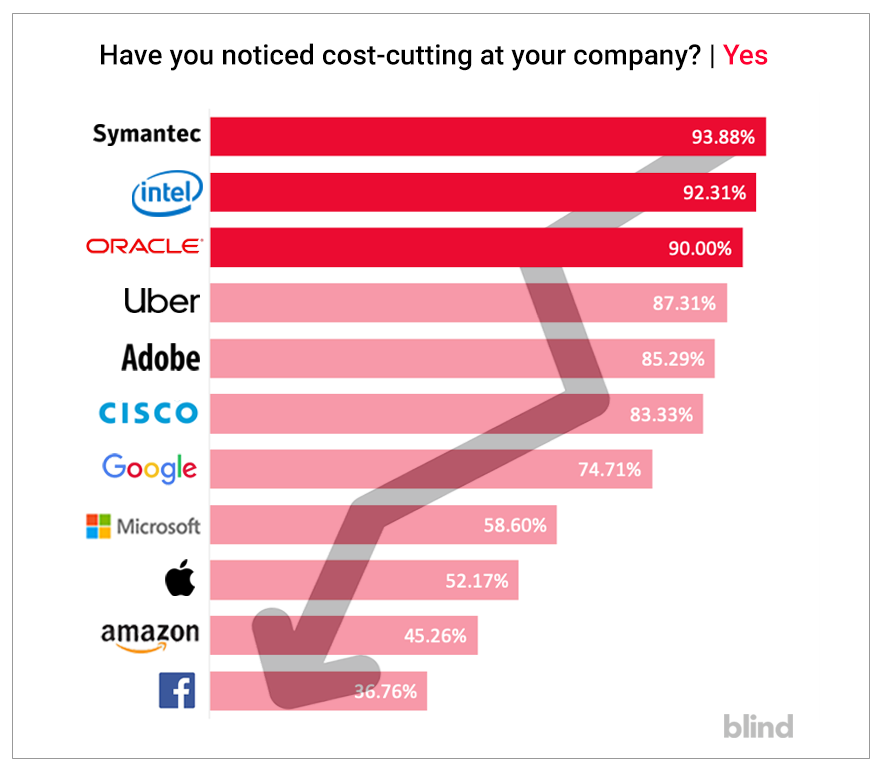 The layoffs at Uber did show a silver lining for the tech community. A spreadsheet of laid-off Uber employees was circulated by tech employees and a list of job openings were crowdsourced for talented individuals who were “just unlucky to be in the wrong role or wrong location.” On Blind, cases like this are not unusual. We see employees take action and show solidarity at times when companies decide to make major cutbacks. Users regularly help each other out to find new opportunities, negotiate their salaries and levels, and share the latest industry news.

We see time and time again that anonymity brings out discussions that cannot happen otherwise in a workplace environment.

Are you noticing any signs of cost-cutting at your company? Let us know on Twitter @teamblindapp