October marks the second anniversary of the #MeToo movement and Alyssa Milano’s viral tweet. Over the last two years, we’ve seen more and more women openly share their stories, bringing much needed attention to an issue that was swept under the rug for too long. Blind created a #MeToo channel in 2018 and since then, more than 42,500 people have read at least one post about #MeToo.

We were curious, has the #MeToo movement made a positive impact in the workplace?

So, we set up a poll and asked the more than 2.8 million employees who use Blind if they’ve seen a positive improvement in the workplace since the MeToo movement began. More than 8,500 employees from more than 200 companies responded including users from J.P. Morgan, Apple, Uber and Cisco.

The results differed by employer but, overall, we found that about 70% of employees haven’t seen a positive improvement in their workplace since #MeToo began two years ago. 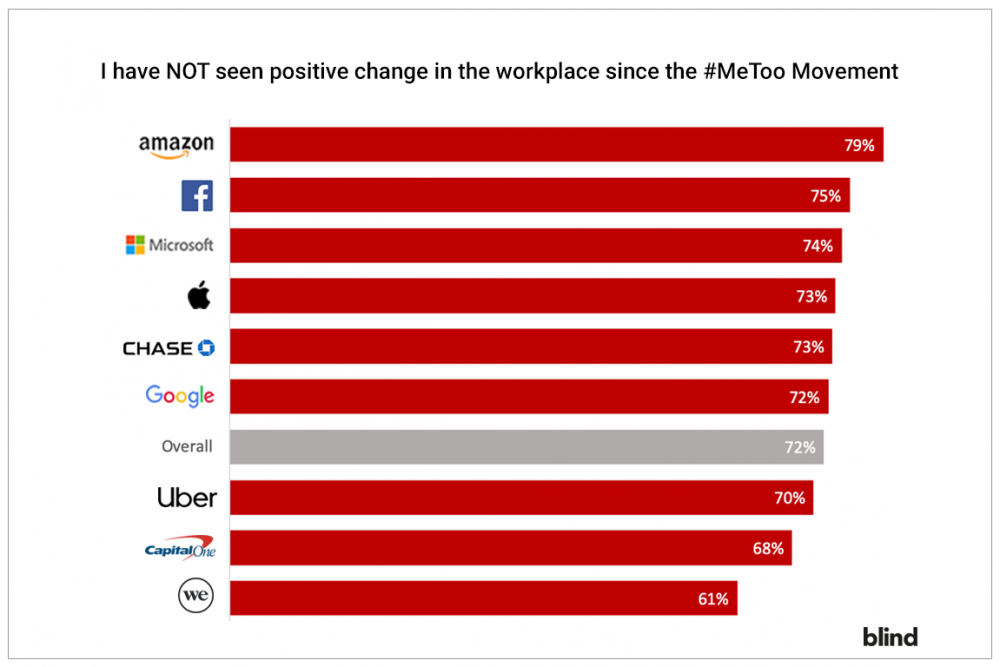 Have you seen a positive change in your workplace since the #MeToo movement began? Tell us on Twitter @teamblindapp.