Are Apple’s CEO Tim Cook and President Trump on the same side? Ever since Trump was invited for a tour of an Apple factory in Texas on Nov 20, Tim Cook faced criticism from Democrats and others in the tech industry.

In the past year, we have seen employees at tech companies take a stance on decisions made by the company that they disagree with. This led us to survey Apple employees their thoughts on the latest public appearance made by their CEO alongside President Trump.

We evaluated the responses of 114 verified Apple employees to the following questions:

Do you support Tim Cook engaging the Trump Administration to shape trade policy in Apple’s favor?

Is it fair that some of Apple’s products have been exempted from U.S. tariffs on Chinese-made goods?

On Nov. 20, President Trump toured Apple’s Mac Pro facility in Austin, promoting what he perceives to be an example of his administration’s economic success. How do you feel about Tim Cook and Apple participating in this event? 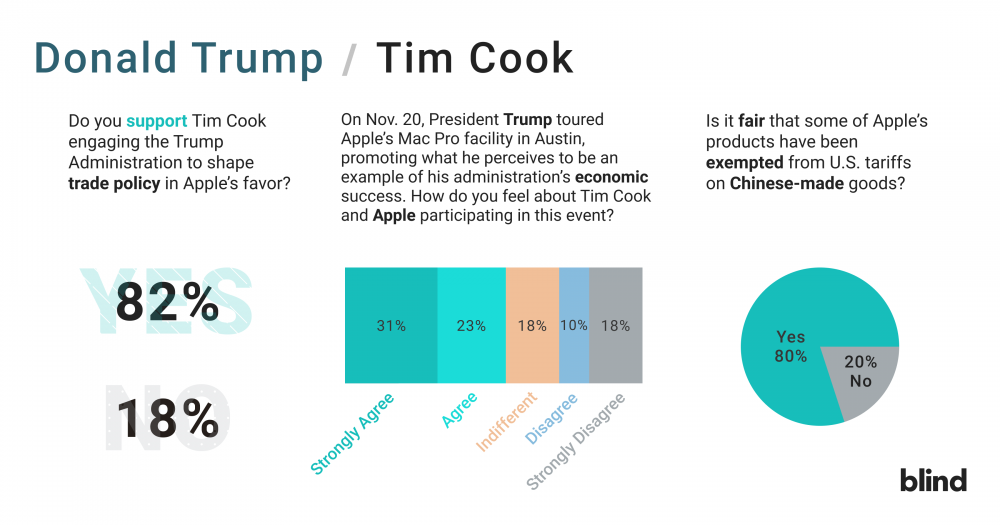