Google employee: I was involved in the internal decisions involving James Damore, and it's terrible what we did...

Pretty disgusting if this is what things are coming to.

"I was involved in the internal decisions involving James Damore's memo, and it's terrible what we did to him.

First of all, we knew about the memo a month before it went viral. HR sent it up the reporting chain when he gave it as internal feedback, but we did nothing. There wasn't anything we could do, except admit to wrongdoing and lying to our employees. We just hoped that no one else would see his document.

Unfortunately, the memo started spreading within the company. The floodgates opened and previously silent employees started talking. To quell dissent, we: told executives to write to their employees condemning the memo; manipulated our internal Memegen to bias the ratings towards anti-Damore posts (the head of Memegen is an "ally" to the diversity cause); and gave every manager talking points on what to tell their reports about the memo. In all our communications, we concentrated on how hurt employees purportedly were and diverted attention from Google's discriminatory employment practices and political hegemony, never mind the science.

We needed to make an example of Damore. Looking for some excuse to fire him, we spied on his phone and computer. We didn't find anything, although our spying probably made his devices unusably slow, preventing him from organizing support within the company. When we did fire him, our reputation and integrity took a hit, but at least other employees were now afraid to speak up.

Firing him without an NDA was a huge risk though. He was a top performer and knew too many compromising secrets, like Dragonfly, the secret censored search project in China. He had also reported several legally dubious practices in Search that still exist. Only God knows why he never leaked Dragonfly or the other issues, but I think it's because he actually cared about Google.

Our response after we fired him was equally disgraceful. We were supposed to have a Town Hall TGIF to answer employees' questions about the controversy. However, after questions started coming in that we couldn't reasonably answer, we had to cancel it. We shifted the blame onto "alt-right trolls" and have avoided talking about it openly since then.

To control the narrative, we planted stories with journalists and flexed Google's muscles where necessary. In exchange for insider access and preferential treatment, all we ask for is their loyalty. For online media, Google's ads pay their paycheck and our search brings their customers, so our influence shouldn't be underestimated.

We dealt with his NLRB case in a similar way. People are ultimately lazy, so we found a sympathetic lawyer in the NLRB and wrote the internal NLRB memo for her. No one wanted to spend the effort to oppose it, despite it being laughably weak. Then, after Damore dropped his NLRB case and filed a class action lawsuit, we had the NLRB publicly release their memo. Our PR firms sent press releases saying "the NLRB ruled the firing legal", which was, of course, manufactured bullshit.

All of our scheming was over the phone, in deleted emails, or through an external PR firm, so we can deny all of it. Now that we've forced him into arbitration, we're close to screwing him over completely." 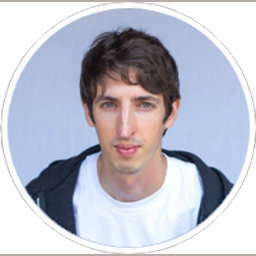