It's obvious for people who've worked in diverse teams before, but some folks still think "diversity of ideas matters more."

In numerous studies, diversity — both inherent (e.g., race, gender) and acquired (experience, cultural background) — is associated with business success. For example, a 2009 analysis of 506 companies found that firms with more racial or gender diversity had more sales revenue, more customers, and greater profits. A 2016 analysis of more than 20,000 firms in 91 countries found that companies with more female executives were more profitable. In a 2011 study management teams exhibiting a wider range of educational and work backgrounds produced more-innovative products. These are mere correlations, but laboratory experiments have also shown the direct effect of diversity on team performance. In a 2006 study of mock juries, for example, when black people were added to the jury, white jurors processed the case facts more carefully and deliberated more effectively.

Under increasing scrutiny, and mindful of the benefits of diversity on the bottom line, many companies are trying to recruit and retain a more diverse workforce. Success has so far been marginal. With so much at stake, why aren’t these companies making more headway? One reason could be that, despite the evidence about their results, homogenous teams just feel more effective. In addition, people believe that diverse teams breed greater conflict than they actually do. Bringing these biases to light may enable ways to combat them.

Homogenous Teams Feel Easier — but Easy Is Bad for Performance
A revealing 2009 study of fraternity and sorority members published in Personality and Social Psychology Bulletin offers a remarkable window into the workings of diverse and homogenous teams. Fraternity and sorority membership conveys a powerful group identity, much like political or religious affiliation, and consequently can create a strong sense of similarity (or dissimilarity) with others. In the experiment, teams were asked to solve a murder mystery. First, students were individually given 20 minutes to study the clues and pinpoint the likely suspect. Next, they were placed into teams of three with fellow members from the same Greek house and given 20 minutes to discuss the case together and provide a joint answer. Five minutes into the discussion, however, they were joined by a fourth team member, someone from either their own house or another one.

After collectively naming their suspect, members individually rated aspects of the discussion. More diverse groups — those joined by someone from outside their own fraternity or sorority — judged the team interactions to be less effective than did groups joined by insiders. They were also less confident in their final decisions.

Intuitively, this makes sense: On a homogenous team, people readily understand each other and collaboration flows smoothly, giving the sensation of progress. Dealing with outsiders causes friction, which feels counterproductive.

But in this case their judgments were starkly wrong. Among groups where all three original members didn’t already know the correct answer, adding an outsider versus an insider actually doubled their chance of arriving at the correct solution, from 29% to 60%. The work felt harder, but the outcomes were better.

This idea goes against many people’s intuitions. There’s a common bias that psychologists call the fluency heuristic: We prefer information that is processed more easily, or fluently, judging it to be truer or more beautiful. The effect partially explains that we gain greater appreciation of songs or paintings when they become familiar because they’re more easily processed. The fluency heuristic leads many people to study incorrectly; they often simply reread the material. The information becomes more familiar without much effort, and so they feel that they’re learning. But in a 2011 study students performed better on a test after studying the text once and then trying to recall as much as they could, a strenuous task, than they did by repeatedly going over the text, even though they predicted that rereading was the key to learning. Similarly, confronting opinions you disagree with might not seem like the quickest path to getting things done, but working in groups can be like studying (or exercising): no pain, no gain.

Diversity Can Increase Conflict, but Not as Much as You Think
There’s another bias at play here, too: A 2015 paper in Organization Science, summarized in this HBR article, suggests that people overestimate the amount of conflict that actually exists on diverse teams. In one study MBA students were asked to imagine that they were comanaging several four-person teams of interns, and that one team had asked for additional resources. They saw photos of the members, depicting four white men, four black men, or two of each. They then read a transcript of a discussion among the group and rated the team on various factors. Teams of four white men and four black men were seen as having equal levels of relationship conflict, but the diverse teams were seen as having more relationship conflict than the homogeneous teams, even though everyone had read the same transcript. Further, this perception of greater conflict made the participants less likely to provide the additional resources the mixed group had requested.

This type of unconscious bias can clearly have a significant impact not only on hiring but also on the ways in which leaders create teams and encourage collaboration. Without realizing it, they may be reluctant to add diversity to a team or to assign colleagues with different backgrounds to work together, in response to an (overblown) fear of the tension and difficulty that could ensue.

Capitalizing on Diversity Means Highlighting — Not Hiding from — Differences
It’s critical to note that simply making a team more diverse is not necessarily enough to see the benefits. Diverse teams must find ways to work together productively, and often the best ways of working may seem counterintuitive.

For example, research suggests that when people with different perspectives are brought together, people may seek to gloss over those differences in the interest of group harmony — when, in fact, differences should actually be taken seriously and highlighted. In a 2012 study teams of three were tasked with generating a creative business plan for a theater. On some teams, members were assigned distinct roles (Artistic, Event, and Finance Manager), thus increasing diversity of viewpoints. These teams came up with better ideas than homogeneous teams — but only if they’d been explicitly told to try to take the perspectives of their teammates. They had to face up to their differences in order to benefit from them.

Another way to take advantage of differing viewpoints is to highlight the value of multiculturalism. One 2009 study looked at support for multiculturalism versus colorblindness in nearly 4,000 employees in 18 work units at a large U.S. health care firm. The more that workers agreed that “employees should recognize and celebrate racial and ethnic differences” and the more they disagreed that “employees should downplay their racial and ethnic differences,” the more that minorities in those units reported feeling engaged in their work. In another 2009 study, pairs of students, one white and one Aboriginal Canadian, were teamed up for a conversation. Prefacing the meeting with a message supporting multiculturalism (versus no message) made the meeting more positive, while a message endorsing colorblindness led whites to turn negative toward their minority partners.

Of course, diversity is not always a panacea, and it can at times produce corrosive conflict. When that happens, it is often because team members are bringing different values, rather than different ideas, to the table. It’s difficult to overcome differences in values, no matter how well-intentioned colleagues may be. In addition, diversity’s benefits are rarely obtained without a strong sense of team and organizational inclusion. Only when people feel welcome and respected will the team be able to benefit from their unique perspective and experience.

The research presented here suggests that diversity initiatives may not be successful until we do more to address the way diversity is perceived. When leaders see it first and foremost as a social obligation that makes things difficult and slows progress, they will likely make decisions that undermine the organization’s diversity goals. They may also, at least unconsciously, try to downplay the substance of existing diversity on their teams. If, however, leaders can recognize that the debate and unfamiliarity that come with diversity is an important catalyst for creativity and deep thinking, they will invite it and celebrate it. And very likely, the organization — and everyone in it — will reap the rewards. 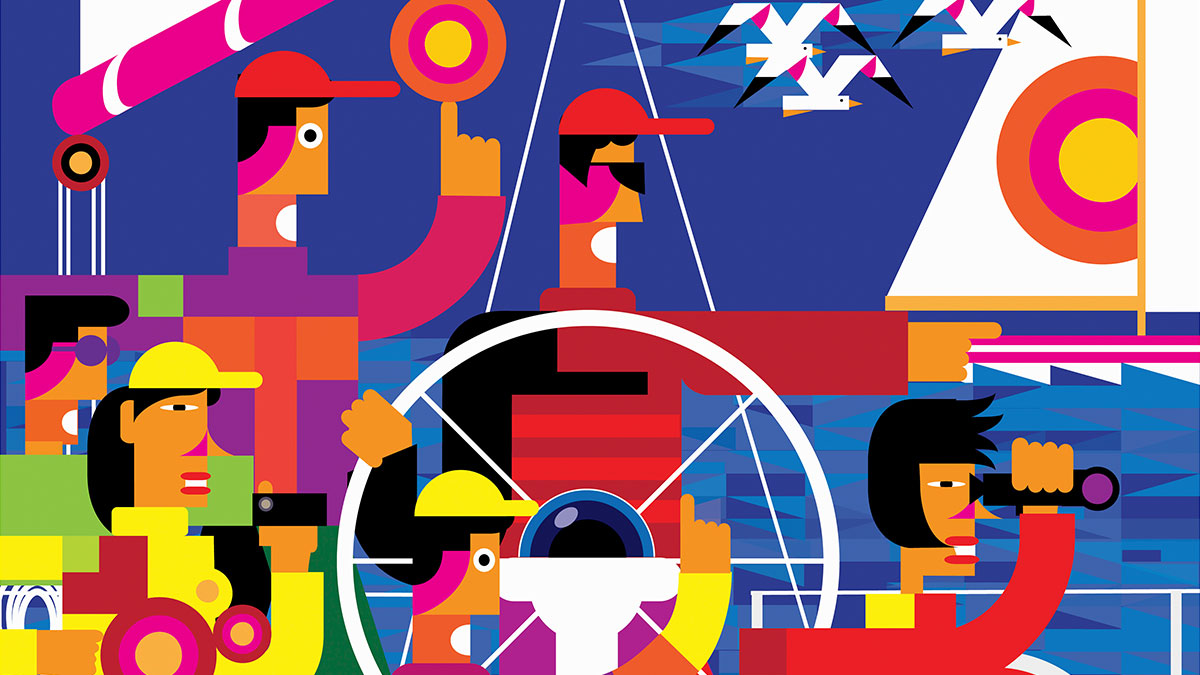