Will Uber sell it's South East Asian business to Grab?

Grab’s $2 billion fundraising, announced on Monday and led by SoftBank, has changed the ride-hailing game in that region, giving the Singapore-based firm what may be an unassailable advantage. Uber may have to consider selling its assets to Grab.

That is an enormous turnaround on the situation for much of last year. Grab, the ride-hailing leader in Southeast Asia, seemed to be a mess. It was struggling to catch up to Uber’s technology and launch features such as ride-pooling. Grab was losing more money than it was generating in revenue, as it kept prices down to retain its slim edge over Uber in market share. Some well-respected engineers and managers had left. And after Uber in August sold its China business to Didi Chuxing, Uber set its sights on winning on Grab’s turf.

THE TAKEAWAY
In leading repeated fundraising rounds for Singapore’s Grab, SoftBank has adopted Travis Kalanick’s belief that ride-hailing is a fundraising battle. That suggests Uber should join forces with Grab, conserving its cash to fight battles elsewhere.

None of that mattered. The latest fundraising, which followed a $750 million round last fall that also was led by SoftBank, is an incredibly enormous sum—roughly 20 times what Grab generated in net revenue last year. (The post-investment paper valuation also doubled, from around $3 billion to $6 billion.) SoftBank, which already owned about a quarter of Grab, has adopted the belief system of former Uber CEO Travis Kalanick: In younger markets, ride-hailing is fundamentally a fundraising battle. Everything else is secondary. (An earlier Bloomberg report that SoftBank wants to take a stake in Uber suggests the investor may be looking to end the costly market share battles.)

The fundraising-is-paramount thesis goes like this: If a company can outspend its rival on discounts for riders and financial incentives for drivers, it can maintain, or increase, market share. This summer in Singapore, for instance, Grab’s rider promotions have been generous, to say the least. One promotion allowed riders to buy $30 worth of prepaid credits and get a discount of $5 to $8 per ride for up to four rides a day during a one-week period, according to one rider. (Grab believes this tactic encourages more loyalty to its brand than, say, offering a coupon to any user to get a $5 discount on three trips during a weekend, as Uber has done.) Part of that stems from how Grab’s local operations chiefs still have a say in pricing, said one person close to Grab.

Uber, in contrast, has tried to centralize much of the pricing control with number crunchers at its headquarters, in order to prevent unnecessary losses. Uber is unlikely to want to burn billions of dollars in Southeast Asia, a region whose dollar value is miniscule compared with its core markets like the U.S. (where Uber must still contend with a No. 2 player, Lyft, that has made strides). Uber is sitting on more than $5 billion in cash, but its management is in disarray after a string of scandals and Mr. Kalanick’s resignation.

An Uber spokesman declined to comment on Grab and its fundraising.
Striking a deal with Grab would fit with the strategy Uber has pursued elsewhere. In China last year and Russia earlier this month, Uber decided to merge with the competition so as to marshall its resources for other regions. One difference from the Grab situation is that in both China and Russia, Uber was being trounced in terms of market share.

The latest fundraising, which followed a $750 million round last fall that also was led by SoftBank, is an incredibly enormous sum—roughly 20 times what Grab generated in net revenue last year.

Inside of Uber, the situation in Southeast Asia is viewed differently from that of China and Russia. “We don’t believe their asset [is] worth much,” one Uber employee said about Grab. This person argued that Grab’s tech is still lagging behind Uber’s; its riders aren’t as loyal; and that it hasn’t “locked up” drivers so they wouldn’t drive for Uber. Ride hailing is fragmented across six countries—Singapore, Vietnam, Indonesia, the Philippines, Malaysia and Thailand. (In Indonesia, competition from a third ride-hailing company, Go-Jek, means it is even more likely there will be some kind of merger between two of the three players operating there.) The Singapore-based Grab doesn’t enjoy the same kind of appeal to nationalism or other advantages of being local that Yandex, for instance, had in Russia, where it also is the leading search engine and offers better maps.

Uber’s attempts to play down Grab’s value aren’t surprising. To get the best terms in any deal with Grab, Uber will need to put on its game face and publicly commit to being victorious on its own.

A deal with Grab would give Uber a meaningful stake in the combined company and leave it with strong operating positions in the U.S. and Canada, western Europe (namely, the U.K.), Latin America (Brazil and Mexico stand out), India, Australia/New Zealand, and sub-Saharan Africa. It is fighting against Careem in the Middle East and North Africa, where Uber thinks it has 60% market share. (Careem disputes that figure.) Meanwhile, Uber’s stake in China’s Didi Chuxing is worth billions of dollars on paper, though Didi faces a long journey to overcome new regulatory obstacles in China. And Uber’s stake could be significantly diluted before Didi goes public.

Grab is effectively controlled by CEO Anthony Tan, whose mother is chairperson of the company’s board, which also counts one of Mr. Tan’s brothers and one of his best friends as directors. SoftBank, which also has a board seat, has exercised some control by installing trusted veterans to run parts of Grab. Ming Maa, Grab’s president, joined from SoftBank’s investment arm in September. Russell Cohen, Grab’s brand new operations leader, joined from SoftBank’s commerce business based in Japan. 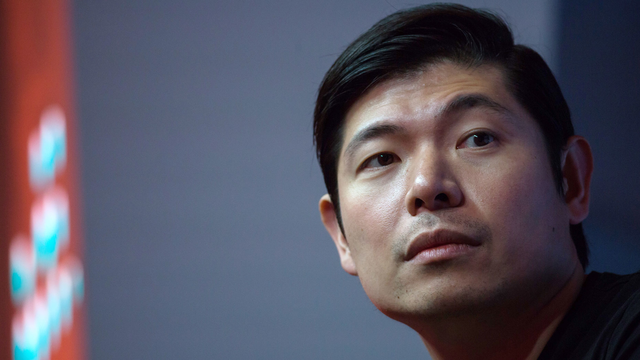