Verizon officially dumps the Oath name for its media group

After last month rolling out the Verizon Media Group name but still lightly clinging to the Oath moniker, Verizon is officially ditching the Oath name for its media and advertising business segment.

“I’m excited today to share that beginning January 8, 2019, Verizon Media Group will replace the Oath brand, representing our strong alignment as a core pillar of Verizon’s business,” wrote Verizon Media Group CEO Guru Gowrappan in a blog post.
Gowrappan used the rest of the post to highlight moves Verizon Media Group has made this year including consolidating its advertising tech platforms and rolling out new formats such as digital out-of-home, connected TV and programmatic audio.

The official name change for Oath follows reports in November suggesting that the name was going away soon. Changes for Verizon Media Group have been coming fast in 2018. Earlier this year, CEO Tim Armstrong departed the company, and after the third quarter the group was forced to reevaluate revenue projections for 2020.
Oath revenue for the third quarter totaled $1.8 billion, down 6.9% year over year.

Verizon Chief Financial Officer Matt Ellis blamed the decrease on revenue pressure from search and desktop usage, which he said is more than offsetting positive growth in mobile usage and video products, including Verizon’s distribution partnership with the NFL.

“Because search and desktop products make up the majority of the Oath business, and we believe pressure in those sectors is likely to continue, we do not expect to meet our previous target of $10 billion of revenue in 2020. The leadership team at Oath is focused on returning to revenue growth by completing the integration of the legacy AOL and Yahoo advertising platforms by year end, implementing initiatives to realize synergies across all of our media assets, and building services around our core content pillars of sports, news, finance and entertainment,” Ellis said during the third-quarter earnings call. 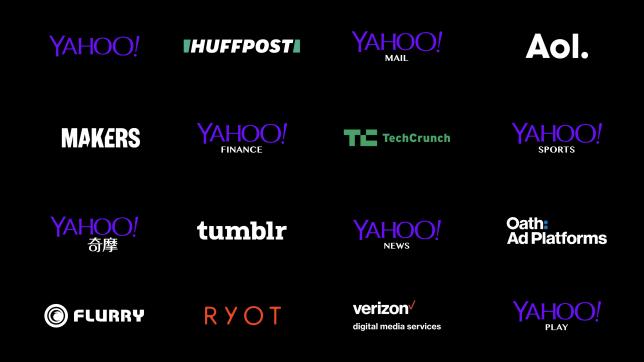 Verizon officially dumps the Oath name for its media group